The 2019–20 lineup for the annual Lincoln Public Schools Learning Lunches series offers more “Untold Stories of our Schools” with Learning Lunches open to LPS staff and the Lincoln community.

Lunches are generally held during the school year on the last Tuesday of the month in the Board Room at LPS District Office, 5905 O St.  Doors to the Board Room open at 11:45 a.m., the program begins at noon, questions-and-answers happen at 12:30 p.m. Please bring your own lunch — we’ll provide dessert.

We the People: The Citizen and Consitution 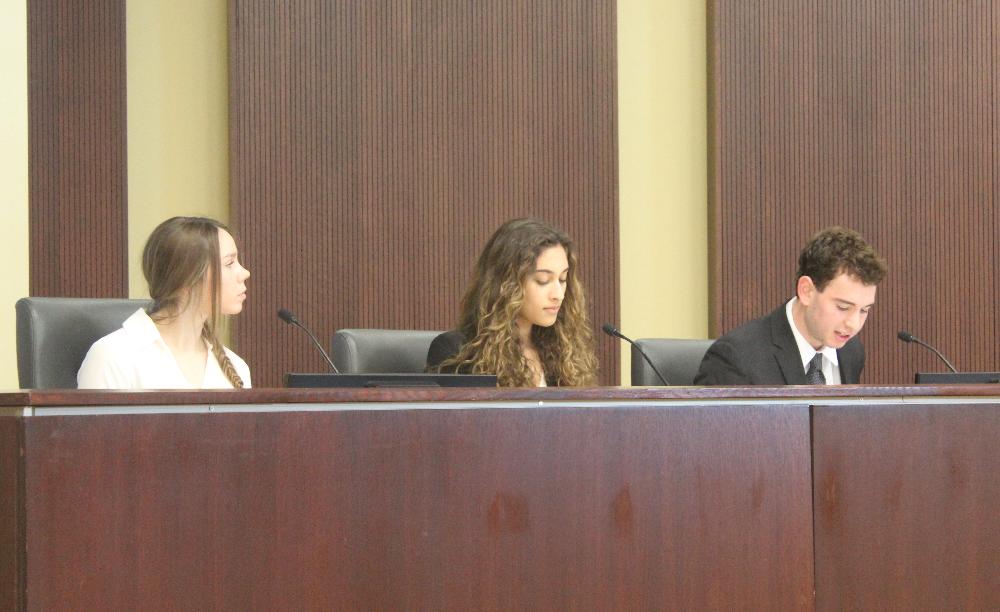 The latest Learning Lunch, held Tuesday at Lincoln Public Schools District Office, highlighted We the People, a program that promotes civic responsibility and knowledge about the history and principles of U.S. constitutional democracy.

Jaci Kellison, LPS K-12 social studies curriculum specialist, offered the audience an overview of the national program and how it aligns with the school district’s curriculum.

“In Lincoln Public Schools social studies courses, we use inquiry learning to prepare students to be active, engaged and informed citizens – and that’s exactly what the We the People program prepares students to be,” she said, adding that students also learn to work cooperatively as a team, manage conflict, reach consensus and speak confidently in public.

Tuesday’s program featured students from Lincoln East High School who participate in We the People, as well as their coach, social studies teacher Kevin Rippe. The students offered a snapshot of a We the People competition, in which teams of four students participate in a simulated congressional hearing. They testify before a panel of judges acting as members of Congress – in the case of this Learning Lunch, a local attorney, university professor and representative from Civic Nebraska.

Students offer heavily researched answers to questions such as, “What are the philosophical and historical foundations of the American political system?” and, “What challenges might face American constitutional democracy in the 21st Century?”

Roughly 100 LPS high school students participated in the recent We the People state competition, held at the University of Nebraska College of Law. In addition to East – which won for the 13th time in 15 years – students from Southeast, North Star and Southwest high schools also competed. East earned a trip to nationals with its first-place finish.

“You have something special with this team and I know you can compete favorably at nationals,” said one of Tuesday’s judges, Randy Ernst from Nebraska Wesleyan University.

All Learning Lunches remaining in the 2019-20 season have been cancelled.

Housing the Students of a Growing City: The Bond Elections of 1919 and 1924
Ed Zimmer, Historic Preservation Planner for the Lincoln Planning Department

Digital Protections: How LPS Cares for our Students in the Online World
Chris Pultz, Tim Hahn, Jarred Rowe, all from LPS Computing Services

Meeting the Needs of All Students: Supporting our Students Who are Deaf or Hard of Hearing
Alisha Bollinger, Special Education supervisor

SROs: Understanding this Important Job
Joe Wright, director of Security at LPS, and a representative from Lincoln Police Department

We the People: The Citizen and the Constitution
Jaci Kellison, K-12 curriculum specialist, social studies