The Lincoln community reaffirmed its support of public education on Tuesday when it voted overwhelmingly in favor of a $290 million Lincoln Public Schools bond issue. Just over 62 percent of Lincoln voters cast their ballots in favor of the bond issue that will address building needs in every zip code of the city, as identified in the school district’s updated 10-year Facility and Infrastructure Plan.

“Lincoln is a community that values quality school facilities and invests in safe, comfortable and secure learning environments for students and staff,” said Lincoln Board of Education President Lanny Boswell during a press briefing Tuesday night after 80 percent of counted ballots indicated the bond issue would comfortably pass. “LPS is committed to accommodating growth, investing in existing facilities and ensuring that facility investments are efficient and well maintained. Tonight we celebrate and tomorrow a new phase of work begins.” 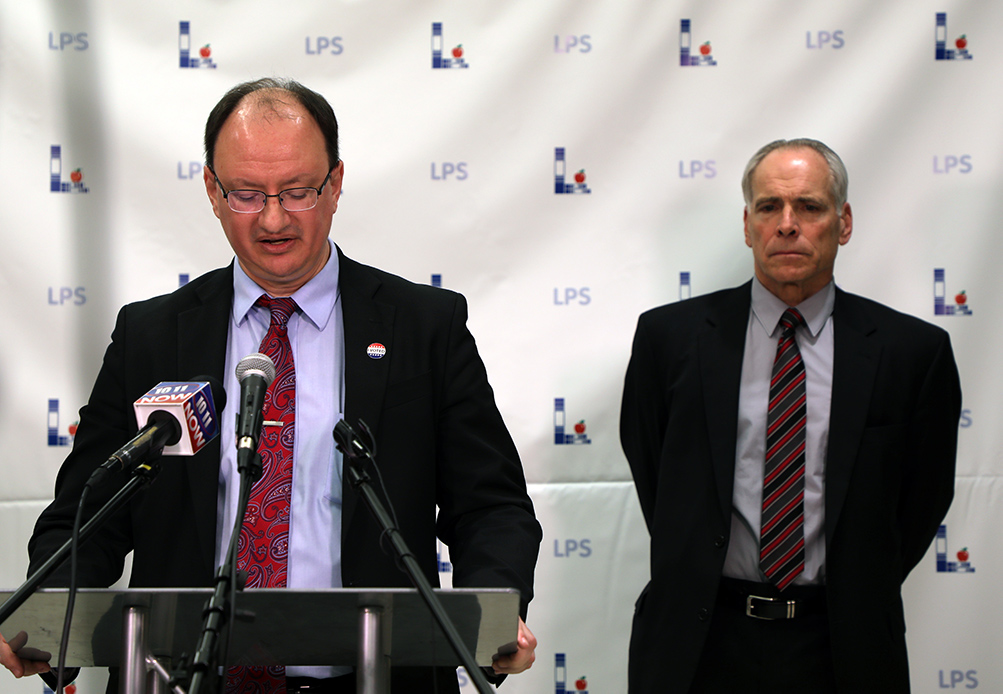 Joel also heaped praise on the Lincoln community and noted that a bond election is often a report card of sorts for a school district.

“Bond issues, when they succeed, are endorsements and confidence in the work that we produce,” Joel said, later adding, “Thank you, Lincoln, and thank you to a community that supports education in such a big way, and thank you to the community for being willing to roll up your sleeves and help us when we need that help. We are truly, truly humbled and grateful, and we’re looking forward to a very exciting future.”

LPS Associate Superintendent for Business Affairs Liz Standish said for the next four to five years, the school district will spend between $4 million and $7 million a month on bond issue projects.

Standish offered a timeline for many of the bond projects, including:

Bid packages will begin to be released this spring to ensure that LPS can maximize the summer construction season.

“We’re excited and we’re ready to get to work.”