Lincoln High steps back in time...for Veterans Day a century past

Students at Lincoln High School stepped back a century in time on Veterans Day, 2018, as they gazed upon a vintage service flag on display in the school’s library media center – a flag that was first displayed during World War I to honor Lincoln High students serving in the first World War.

“Honestly, I think we stumbled on a historical gem,” said Carter Hulinsky, library media technician and archivist at Lincoln High. “Once described as a ‘silent tribute,’ the large flag hung over the building’s entrance during the First World War… After receiving word of the Armistice agreement, the flag was taken down on Nov. 11, 1918, and paraded through the streets of Lincoln by students.”

The flag features 250 stars – the first wave of 700 Lincoln High students who served in the first World War.

As students filed into the media center Monday, they passed 20 chairs with 20 candles, signifying the 20 Lincoln High students who lost their lives in WWI – then Hulinsky talked to the students about the flag and the war.

A slideshow in Lincoln High’s library also featured photos of Armistice Day festivities, as well as the names of the 20 World War I casualties.

“We hope this opportunity will provide a unique historical connection to the past for our students,” Hulinksy said. 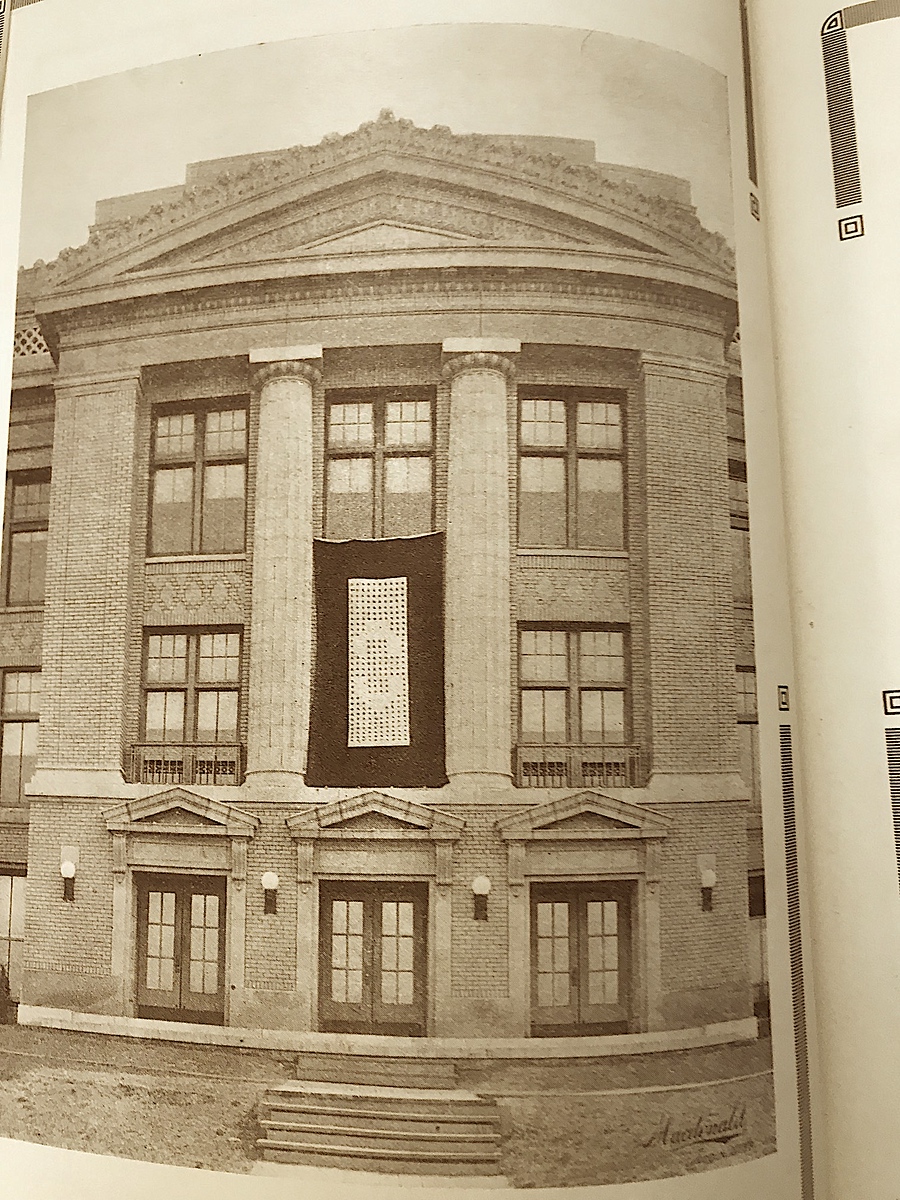